Celebrate the 100th Anniversary of the Harlem Renaissance 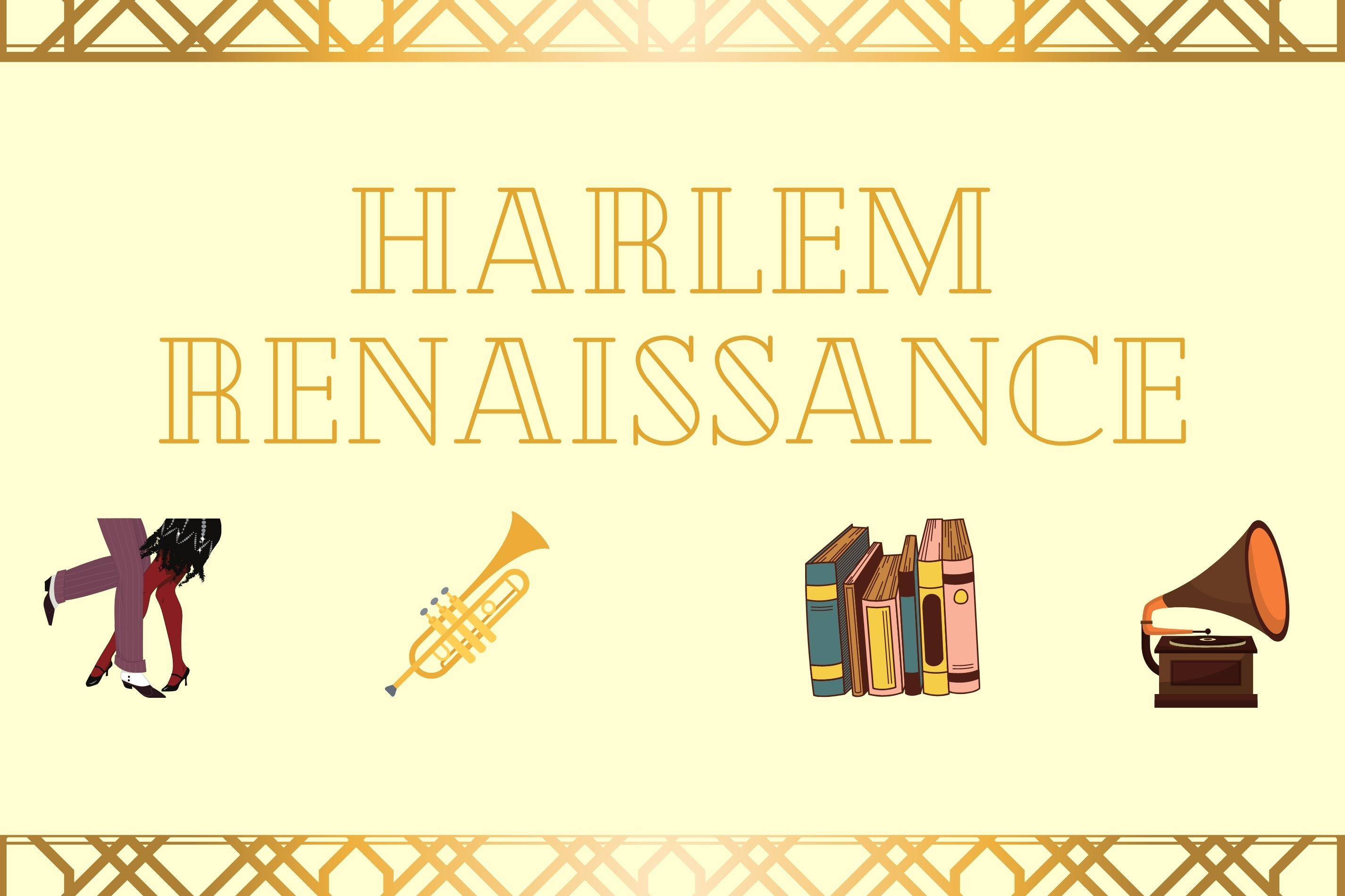 The Arlington Public Library invites you to a month-long celebration of the 100th Anniversary of the Harlem Renaissance. The Harlem Renaissance celebrates the blossoming of African American culture within the Harlem neighborhood in New York City beginning around 1918 through the mid-1930s.  This social, intellectual, and artistic movement inspired people all over the world. Notable figures include Langston Hughes, Louis Armstrong, Zora Neale Hurston, Countee Cullen, and Josephine Baker.

Looking for something inspired by this era? Visit the George W. Hawkes Downtown Library, first floor, and discover a wall display full of items you can check out. A historical quilt will be on display at the Southeast Branch Library along with an interactive quilt craft for kids. Check out the online Throwback Thursday’s series during November for more Harlem Renaissance information.

We want to thank Alpha Kappa Alpha Sorority, Incorporated (c) - Xi Theta Omega Chapter for working on this community project with us.

Want to learn more about the Harlem Renaissance? Discover the many different voices, writers, singers, jazz musicians, and dancers that blossomed alongside African American culture during this time with the following book recommendations. 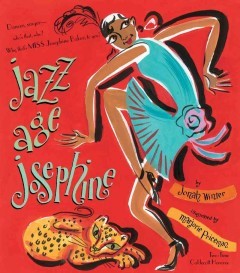 A tribute to the life of the iconic jazz entertainer depicts her disadvantaged youth in a segregated America, her unique performance talents, and the irrepressible sense of style that helped her overcome racial barriers. 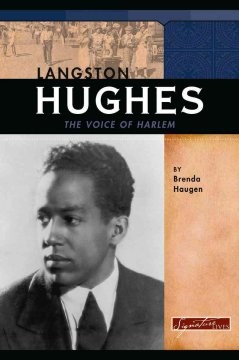 Langston Hughes: The Voice of Harlem by Brenda Hougen

Chronicles the life of the twentieth-century African-American poet, writer, journalist, and leading figure of the Harlem Renaissance. 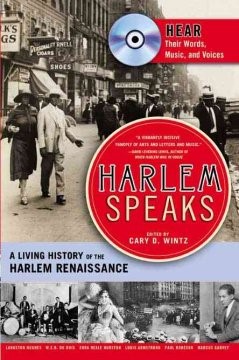 Harlem Speaks: A Living History of the Harlem Renaissance

Harlem Speaks showcases the lives and works of the artists, writers, and intellectuals behind the stunning outburst of African American culture in the three decades after World War I. In the tradition of the New York Times bestseller Poetry Speaks, the book combines each subject's key works with biographical and critical essays by leading Harlem Renaissance authority Cary Wintz and other experts. 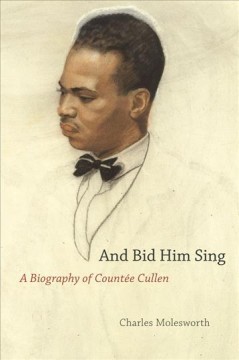 And Bid Him Sing: A Biography of Countée Cullen by Charles Molesworth

Inspired by classic themes and working within traditional forms, Cullen shaped his poetry to address universal questions like love, death, longing, and loss while also dealing with the issues of race and idealism that permeated the national conversation. Drawing on the poet’s unpublished correspondence with contemporaries and friends like Hughes, Claude McKay, Carl Van Vechten, Dorothy West, Charles S. Johnson and Alain Locke, and presenting a unique interpretation of his poetic gifts, And Bid Him Sing is the first full-length critical biography of this famous American writer. 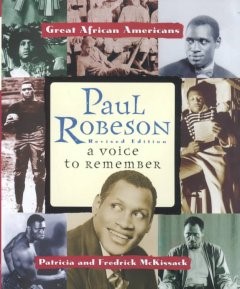 Paul Robeson: A Voice to Remember by Patricia & Fredrick McKissak

Examines the life of the twentieth-century African American singer and actor who spoke out against racism and injustice. 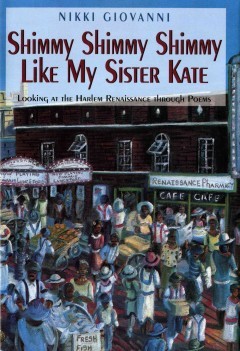 A remarkable collection of poetry from the Harlem Renaissance and beyond, stitched together with commentary from Giovanni.... An important resource for those interested in poetry and in understanding the African American experience. Includes poems by such authors as Paul Laurence Dunbar, Langston Hughes, Countee Cullen, Gwendolyn Brooks, and Amiri Baraka, with commentary and a discussion of the development of African American arts known as the Harlem Renaissance. 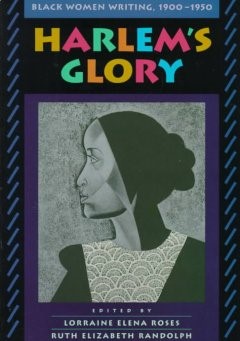 In poems, stories, memoirs, and essays about color and culture, prejudice and love, and feminine trials, dozens of African-American women writers - some famous, many just discovered - give us a sense of a distinct inner voice and an engagement with their larger double culture. Harlem's Glory unfolds a rich tradition of writing by African American women, hitherto mostly hidden, in the first half of the twentieth century.

The Souls of Black Folk by W.E.B. Du Bois

W. E. B. Du Bois's seminal treatise on the African American experience. Du Bois was arguably the most progressive African American leader of the early twentieth century, and this collection of essays is his masterpiece. 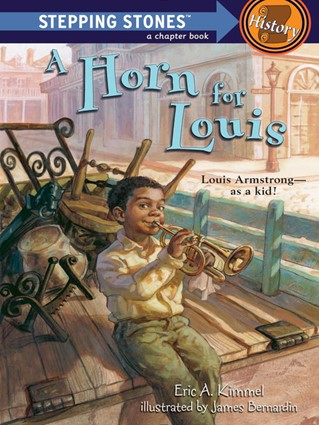 A Horn for Louis by Eric A. Kimmel

With messages about hard work, persistence, hope, tolerance, cooperation, trust, and friendship, A Horn for Louis is perfect for aspiring young musicians and nonfiction fans alike! 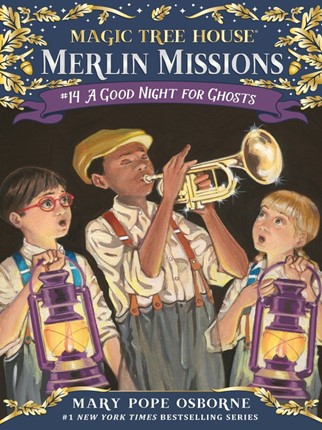 Jack and Annie are on a mission to find—and inspire—a musician that brings happiness to millions of people. After traveling to New Orleans, Jack and Annie come head to head with some real ghosts and discover the world of jazz when they meet a young Louis Armstrong.